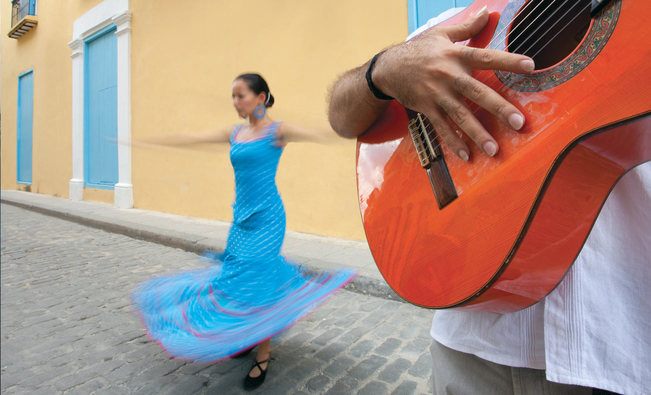 As Canadians, we are free to visit Cuba and we have held our mastermind in Varadero and Cayo Coco for the last 5 years.  In 2019 it was interesting to see what changes there are now that US President Trump is taking a harder line with Cuba, reducing the number of flights by US airlines into Cuba.

“The administration has tightened restrictions on Americans traveling to the island, banned US cruise ships from visiting, opened the way for people who lost property after the Cuban revolution to sue foreign companies in US courts for using those assets, and sanctioned ships bringing oil from socialist ally Venezuela to Cuba.

Preventing the ships carrying oil has dramatically worsened Cuba’s energy crisis and led to Cuban officials calling for greater rationing across the island. Long lines for fuel and shuttered gas stations have become a common sight across the island.”

From A Cuban Women Entrepreneur Prospective

M.  our private tour guide says that life in Cuba has definite advantages.  Women are treated equally in all regards, therefore it isn’t any harder for women to start a business.  The issues that rise are still the same, mainly the ability to raise capital to open a business.  There is still the one business/person rule so ambitious women are not allowed to open more than one business.

M. mentioned that most young people in the tourist areas such as Varadero do not go on to university, as a degree doesn’t help them too much in the world of tourism.  They are better off to learn English and become a private tour guide.  M. runs her own business and learned English herself to be able to become fluently bi-lingual.   She has conducted over 2,000 tourist trips, over the last six years, providing an income for herself and her family.  M. said high school graduates in non-tourist areas such as Guantánamo Bay are most likely to go on to university to become professionals.

In Havana we noticed clothing stores owned by women and enterprising women such as the lady with the cigar make money by charging tourists to take a picture with her.  Many of the “coco cabs” are operated by women, so there are many opportunities to start businesses with very little capital.  However, Cuban women need to be very resourceful because of limited access to many staple items that we take for granted in North America.

The base monthly government salary is now 40 CUC a month and it doesn’t matter what you do for a job the base salary is still the same.   This has prompted some professional women to seek entrepreneurial opportunities in other countries to afford a better lifestyle for themselves and their families.

Dr. Ana left Cuba in 2002 first landing in Manitoba and eventually started a clinic in Nanaimo called Women’s Vita.  The clinic is focused on women’s health and the practice is currently at capacity.

As reported, Sept. 2019 in the North Island Gazette, according to Ana Teresa, in Cuba, doctors are among the poorest professionals, and it is not unusual for tourists to find that their taxi driver or bed and breakfast host is also a surgeon or doctor.

Many doctors also provide private health care to Cuban resorts such as the Blue Diamond Resort chain owned by Canadian company “Sunwing” and the French Pullman hotel in Cayo Coco.  This is supplementary income for the doctors as the tourists are charged for the doctor’s care and prescriptions.  But by North American standards these visits are at a minimal cost to the tourist (a standard visit is approximately $40) and are covered by tourist health insurance plans.

I loved speaking with Elaine @fempreneurship about why starting your own business is both easier and harder than you think.

I also shared the secret to moving easily into positive action.

Listen to the Podcast here: