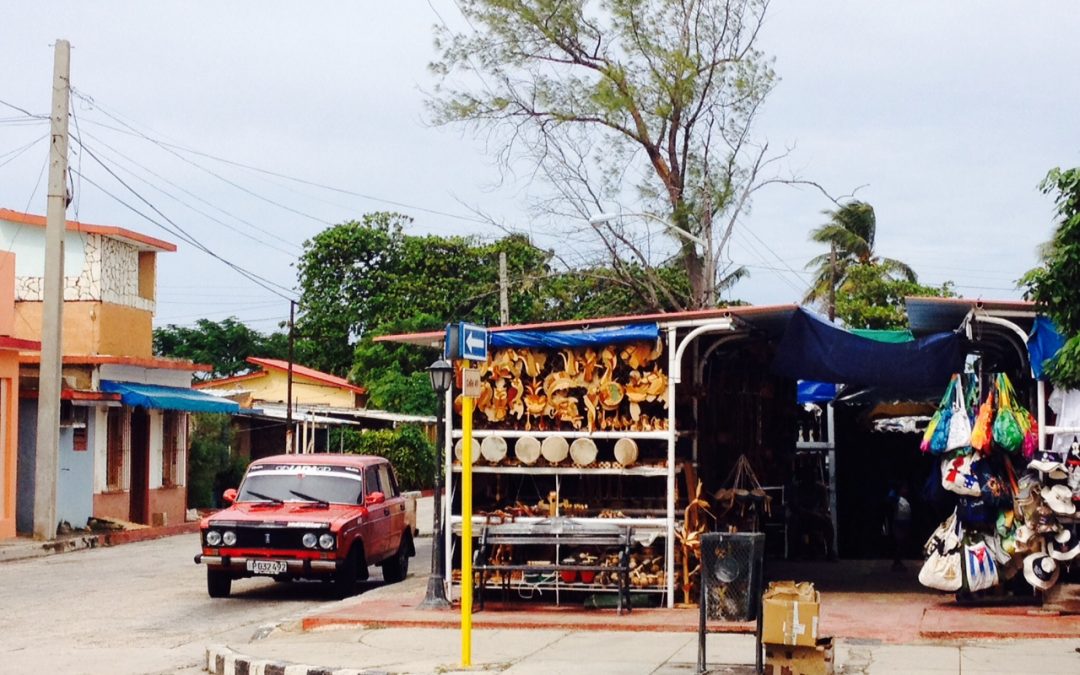 Has The Installation Of Trump as U.S. President Changed Anything For Women Entrepreneurs in Cuba?

On our third trip to Cuba this year for a women entrepreneur mastermind, that was the question on our mind.  What has changed for women entrepreneurs in Cuba?   The answer is “nothing”.   It’s still business as usual in Cuba, despite the reluctance of the new U.S. President to continue the work by Obama in thawing the relations between Cuba and the U.S.  The U.S. trade embargo is still in place, but Cuba trades with other Latin American countries, China, Russia, Europe and Canada.

Women have had equal rights since 1933 and there has been an increase in the number of women in the technical and professional workforce in Cuba, where women represent 45% of the scientific and technical sector. More than 70% of bank employees are women, while they represent 43.9% of the workforce in joint ventures. More than 50% of the workforce in the Ministry of Public Health is female. The National Association of Innovators and Rationalizes also sees the contribution and participation of women on the rise, and women have won outstanding prizes in the national forums held by this organization.* (*Wikapedia source)

Women Entrepreneurs As Tour Guides and Drivers in Cuba

Women continue to be in business ventures associated with tourism as that is the most lucrative way to increase their income.  We stayed at the Sanctuary, Grand Memories at Varadero this year and found the Cuban economy alive and well.  When our butler asked if there was anything we wanted, we asked if there was a private car and driver/guide available to take four of us to Havana for the day.   He was more than happy to find a person for us.  Although we had a wonderful guy as our driver, “Nacho” told us there were also many Cuba women operating as driver/tour guides.  If they don’t own their own cars, they drive for the car owner and work as teams so that the tourists are well taken care of.   A fully guided day to Havana and back to Varadero was a bargain at $35/ each and because our driver was so amazing we each gave him a $10.00 tip.   The currency of preference is $CAD as Canada trades with Cuba, but US$ are also accepted and Euros, too.

On Trip Advisor, we found a Cuban woman-owned travel agency called “Evelyn’s”.   She offered full tours of Cuba.  There is also a pizzeria in Havana that served 900 pizza’s a week that is also owned by a woman.    The Guardian newspaper explains how they are able to service the clients, even though the kitchen is on the top floor with many living quarters on the floors in between.   The Cubans are very inventive in how they service their clients.

Americans are still able to travel to Cuba if they receive a “cultural visa”.  Travel agencies in Cuba are able to help coordinate with U.S. travellers.    Reaching Cuba for U.S. citizens can be achieved through connecting via Canada.   Europeans are still coming to Cuba in large numbers with travel agencies such as Tui Travel charters direct from London, Gatwick UK to Varadero  We met women from the U.K and Gran Canaria during this trip.

Yoga instructors and retreats are also an enterprising venture for women entrepreneurs in Cuba.  The Cuban government still owns 51% of all businesses ie hotels but since 2011, private enterprise has flourished. Entrepreneurs are allowed to open one business.  Therefore in a family both a husband and a wife could each separately own their own business as well as sisters, brothers and parents, too.

The Cubans have a rich musical heritage, with jazz being the most widely known.  Cuban women were the headliners in the hotel nightly entertainment and tourists were more than happy to “donate” at the end of the evening.  Canadian jazz musician Jane Bunnett is a major influence in promoting Cuban women jazz musicians.  She records and tours with her Cuban women’s band and hosts them in her Canadian home.

The media often promotes the Cuban way of life as one of poverty and restriction, but that is far from the real way of life that we have seen in our travels to this wonderful country.  Cubans are among the happiest people we have met.  They may not have many hard assets. They aren’t able to get a mortgage or borrow money to start a business, but they are still able to have a happy life in a culture with very little crime.  They don’t have to worry about their medical care or education which gives them peace of mind.  The “Revolution” manifesto as published in the Granma* (*official voice of the PCC)  International Newspaper December 2, 2017 is pictured to the left.  “Revolution” talks about the protection of the Cuban way of life.

…Revolution is unity; it is independence, it is struggling for our dreams of justice for Cuba and for the world, which is the foundation of our patriotism, our socialism, and our internationalism.”

While it is restrictive to our North American views of life, it has been effective in continuing a culture that has many positive traits.

In the aftermath of the 2017 hurricane “Irma”, the country was back to normal very quickly, thanks to the Government ownership of enterprises.   Trucks, cranes, etc. were quickly mobilized to repair roads and the electrical grid.  The road tunnels in Havana were completely back to normal 10 weeks later. There was no evidence of any lingering problems in the capital city.  It was business as usual.   The resort areas in Cayo Coco were badly affected by “Irma” But tourists were quickly bused to unaffected areas in other tourist areas such as Varadero thanks to the quickness of alternative bus arrangements.

The hotels and airport were back on stream in Cayo Coco by mid-November 2017, only 8 weeks after the hurricane which is quite a feat since the airport was completely flattened and damages at the Pullman Cayo Coco and other hotels were extensive.

So although Cuba, as depicted in the media as a backward country, in many ways their simpler life, means a much happier existence.  The biggest drawback to women entrepreneurs in Cuba is the lack of capital to get a business off the ground, because Cubans are unable to borrow money.  They may have to be inventive in how they are able to fund their startup, but it’s not impossible.  For example, the gal’s in Jane Burnett’s jazz band would have funds from their musical tours to finance other explorations into entrepreneurship.  Women doctors are able to provide medical services for non-Cubans at a fraction of the cost in their own countries.  These services include treatments for cancer and orthopedic services at the Frank Pais International Orthopedic Scientific Complex.

I loved speaking with Elaine @fempreneurship about why starting your own business is both easier and harder than you think.

I also shared the secret to moving easily into positive action.

Listen to the Podcast here: